Bricks/blocks are produced in a fixed location on to boards or pallets which is normally transported through a conveyor belt. By altering the mould, a static machine may make various kinds of hollow bricks, solid bricks, and paving bricks. In addition to this, the automatic machine can also make curbstone.

Which is better?
With this, there really is no ‘better’ or ‘worse’. It all comes down to production needs. Some manufacturers require a large amount of a certain product whether it be the standard building block, or a smaller paving product. Static machines tend to cost considerably more however with the static line, there can be a larger, more diverse range of products, all produced in doors. However, in terms of common building blocks, the production output can be matched with a mobile block machine with a much smaller investment. 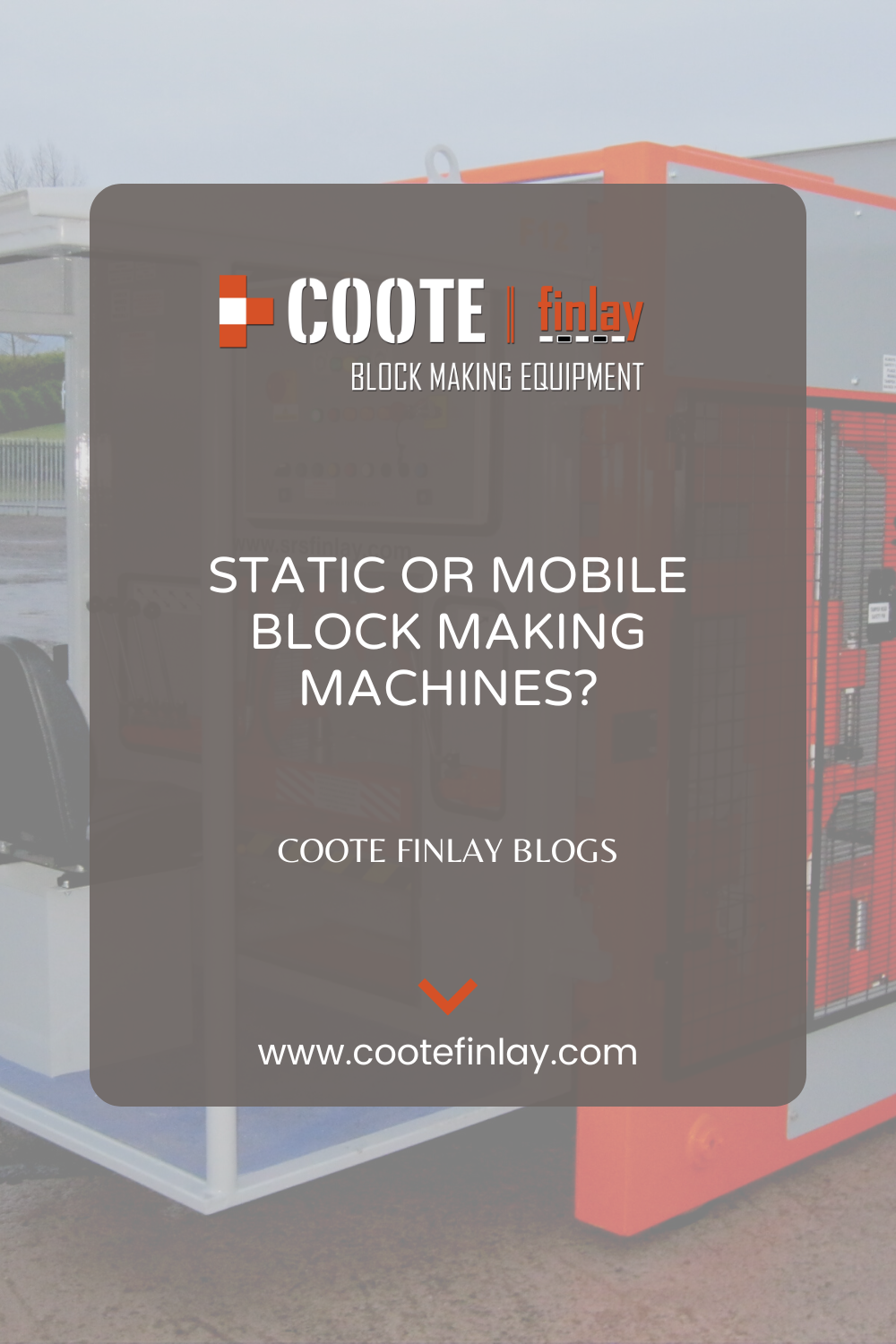