Within Coote Finlay and a range of block making machines, there are several differences within numerous aspects of the machines that might be difficult to understand initially, but have a large impact to production.

For an easy way of understanding the differences of block machines, it simply comes down to some output details. These details might be the type of block it produces, or the amount of blocks it is able to produce

These machines have adapted over the years to suit the export market with constant improvements being made. To explain the names behind each machine, it comes down to production. The number at the end is the amount of blocks the machine can produce each cycle.

The Coote Finlay F24 is the only machine in our range to produce the specialised Insulated Concrete Block. This lightweight and energy efficient block is used in hot climates to aid in temperature control.

All other Finlay Machines produce a solid concrete block which is the most popular across the globe with demand likely to Reach 2769.24 Billion units by the year 2027. Concrete blocks have been used since ancient roman times and continue to be the most logical building product in the world. Concrete blocks account for over 70% of the buildings and also have low insurance costs with a high resale value. 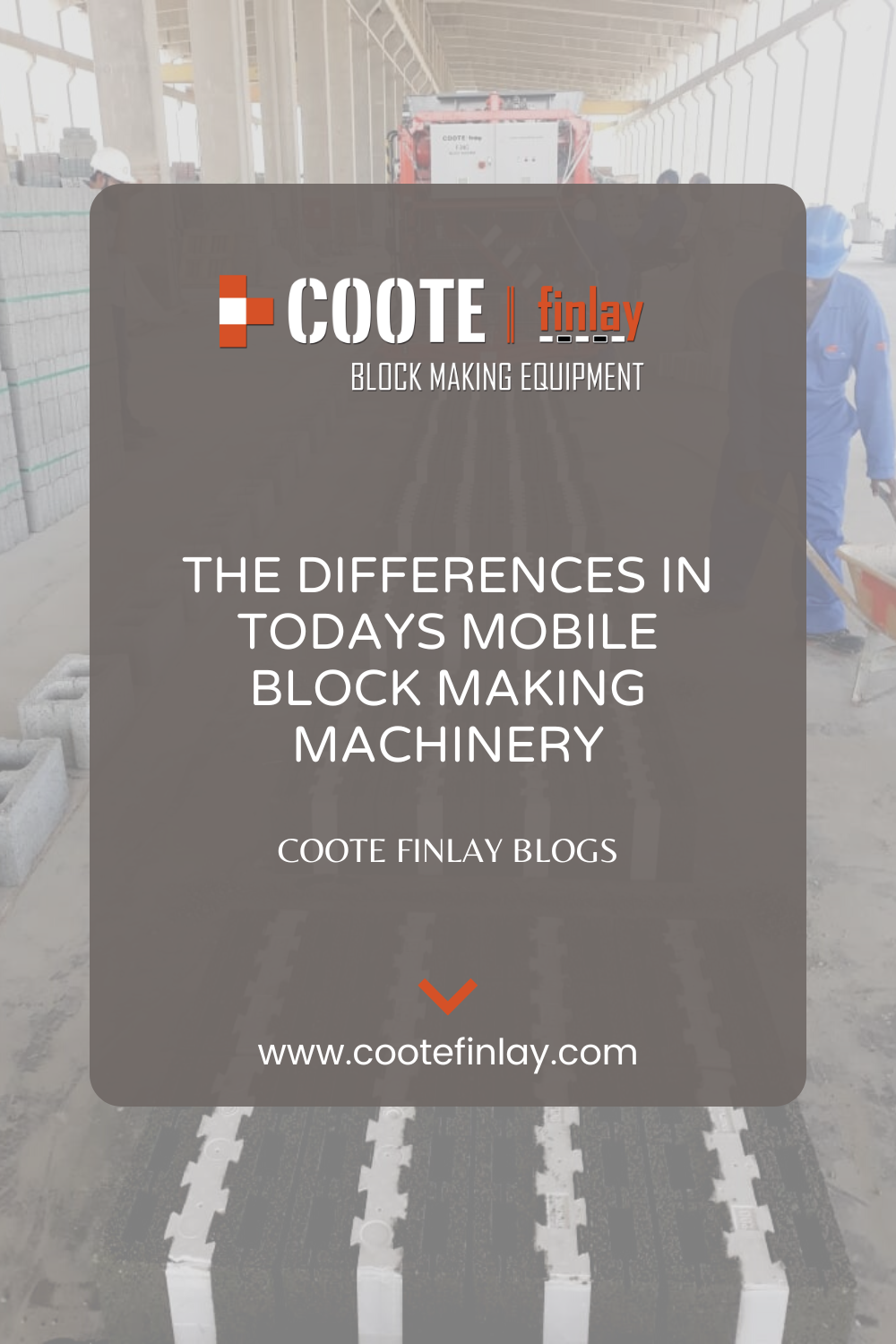